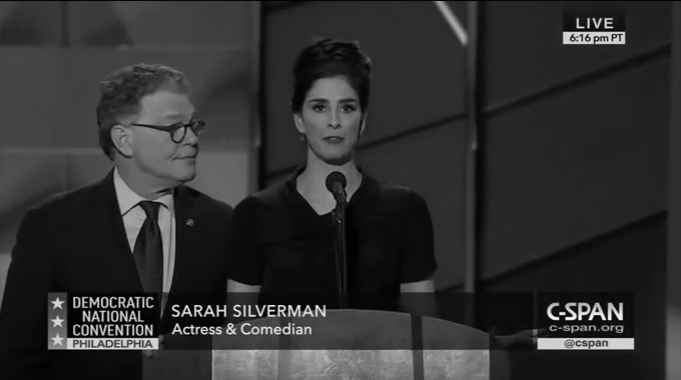 Sarah Silverman said Democratic voters who are still supporting Bernie Sanders are being “ridiculous.” The 45-year-old comedian — who has been a vocal Sanders supporter over the last few months — addressed the Democratic National Convention alongside Senator Al Franken Monday night. “As some of you may know i support bernie sanders and the movement behind him,” Sanders told the crowd in the Wells Fargo Center. “He’s succeeded in so many ways.”

“He made us realize what was possible and what we deserve. Bernie showed us that all Americans deserve quality healthcare and education, not just the elite.” But when Silverman said she was now supporting Clinton as the Democratic nominee, parts of the crowd began chanting, “Bernie! Bernie! Bernie!” Then other parts of the arena also began chanting, “Hillary! Hillary! Hillary”