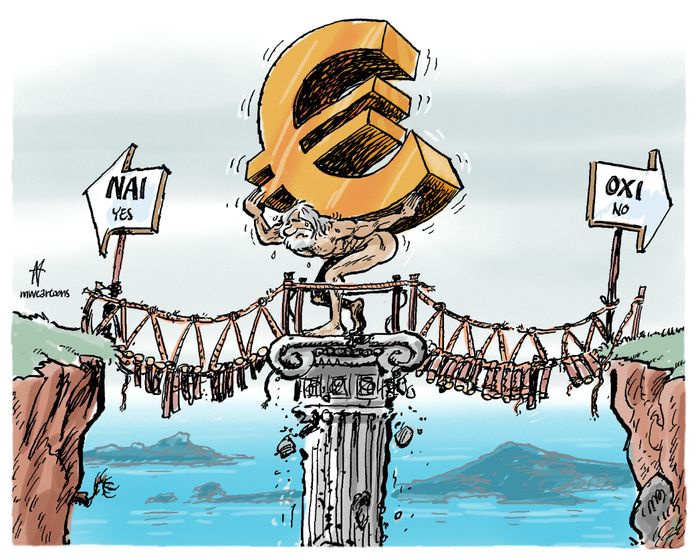 A young Greek man visits the Australian consulate in Athens and asks for a work visa. “Why do you want to leave Greece?” asks the official.

“For two reasons,” replies the Greek. “First, I am worried that Greece will leave the EU, which will lead to new poverty and chaos in the country . . .”

“But,” interrupts the official, “this is pure nonsense: Greece will remain in the EU and submit to financial discipline!”

“Well,” responds the Greek calmly, “this is my second reason.”

« I am sailing
Luhmann über Wirtschaft »